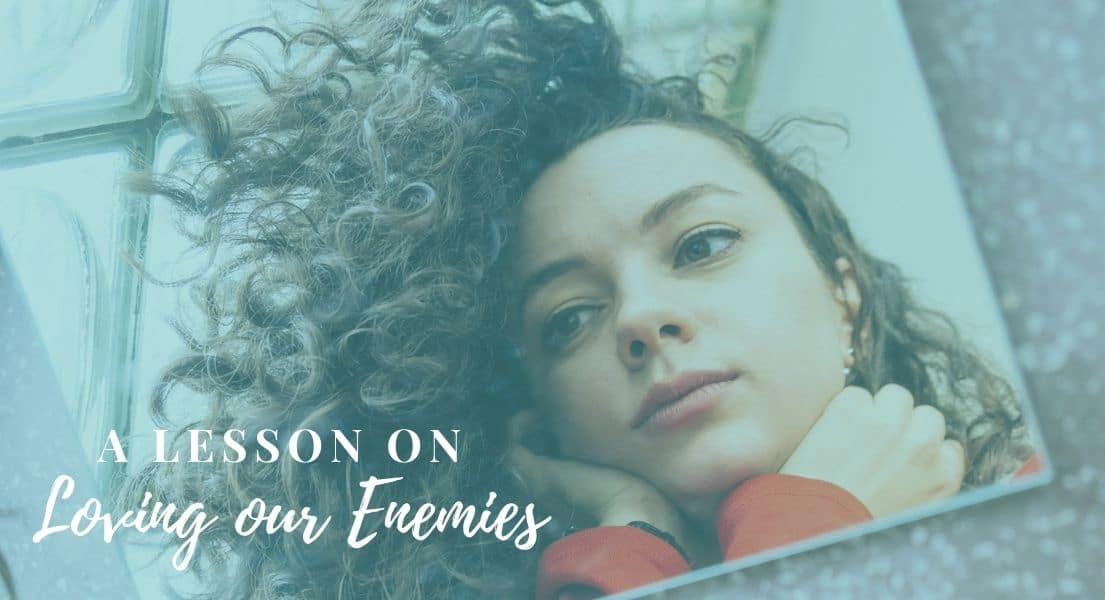 My oldest child was in an altercation at school not too long ago, attempting to defend a friend of his from someone else. It escalated quickly with this person hurting my son’s friend, my son retaliating, and that person then in turn, hurting him. It was a pretty significant situation that led to a phone call from the principal and serious conversations with my son.

But what amazed me most about this whole thing, was how he processed it after he’d had time to calm down. We were talking about it a few days later, and I asked him how he felt towards the person that had started this situation. His response, “Mom, I’ve forgiven him like Jesus asked me too.” I answered, “You did?” He said, “Yes, we’re supposed to love our enemies, Mom. And I realized the way I stepped into that situation wasn’t loving him well. I was angry and wanted to defend my friend.” Whoa. That blew my mind.

After having talked about the situation with Jen, she wisely recommended talking things over with my son about what to do for next time. Since he has a heart for justice and advocating for others, it’s important that he learns from Jesus what that looks like. So the next day, I asked him if we could talk with Jesus about the situation to learn what He wanted my son to know. We prayed together and my son listened and then said, “He wants me to slow down and get help. And next time, I should be more careful and assess the situation before jumping in head first.” (Let’s just hope there is no next time.)

The other thing that amazed me was how quickly my son was able to process and hear all of this. I had been struggling with my own anger at the person who started the fight and had hurt my son. I was wrestling with how much I wanted to defend my son and was (in my anger) proud of him for standing up for himself and his friend. Along with the great advice Jen gave me about my son, she also helped me process my “mama bear” anger and see that in enemy mode, it does look like a good idea to defend ourselves and fight back. She pointed out that there are certainly times for intervening, like life-threatening situations, but that wasn’t what my son was doing — he was taking matters into his own hands.

Both the advice Jen gave me and the advice Jesus gave my son were huge examples to me of how “we” (followers of Jesus) behave in big situations with anger. In my family of origin, anger was used as a weapon for more power. It speeds everything up for me and gets my adrenaline engaged, so I feel powerful and lash out at the thing/person upsetting me. Slowly, I’m learning that anger is important: it’s meant to be a signal that something is wrong and we want it to stop. But it’s not meant to overtake us and become the catalyst for hurting those around us.

Jesus is showing me what it’s like me to do with anger: slow down, take a few deep breaths, and ask him for his insight first. He’s also teaching me to have grace for myself after one of my anger bombs goes off. I ask for his forgiveness, and from those I’ve lashed out to, but I had been forgetting to forgive myself. Instead, I was resigning myself to a “punishment” of guilt for not having learned my lesson.

Through friendships like Jen’s and Jesus’, slowly I am learning to love my enemies. Even when that enemy is me.

Momming = tapping into strength and patience you n

Not sure how "fun" this fact is, but it is definit

"God’s kingdom is full of every color and race a

Some important reminders we often need to tell our

"You're going to miss this someday, I whisper to m

Don’t you just love those kind of friends? #thri