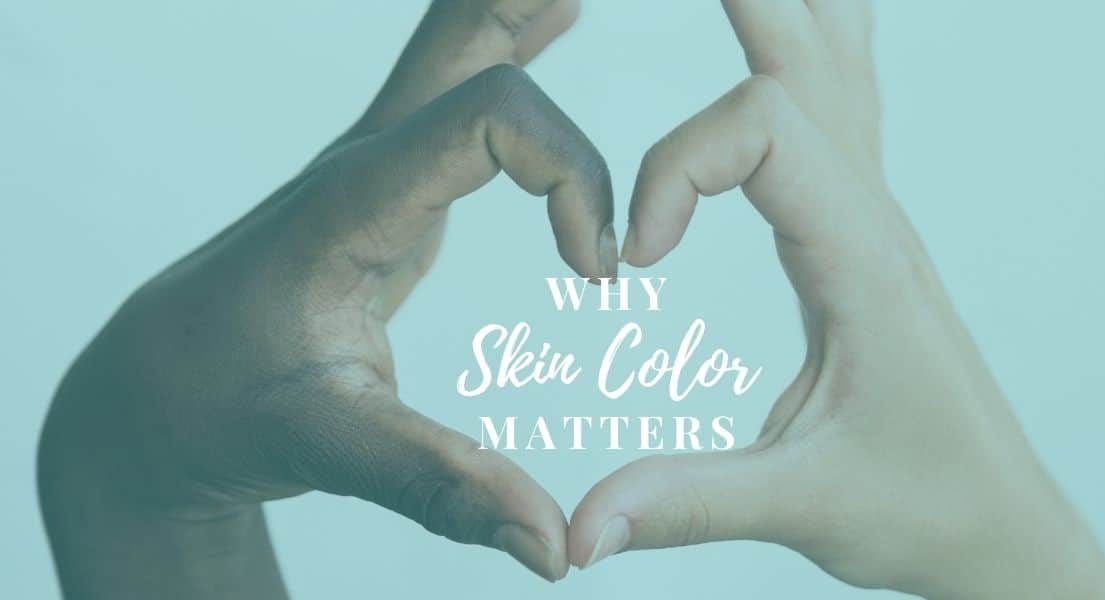 I remember my father-in-law asking me early in my marriage and parenting what I would do in the following situation. He had heard a story of this black man that enrolled his biracial children in public school and had selected their race as white on the entry forms. He purposefully left off their African American heritage because he wanted his children to have all of the same opportunities afforded to them as white children.

My FIL looked at me and asked, “What would you do?” With my small baby nuzzled on my shoulder, I looked at my husband and replied, “I would mark both: black and white – because that’s what his race is.” My husband nodded and agreed. Our thoughts were naïve, We don’t need to work the system. It’s changing and will be better by the time our son gets to school. Plus, why lie? He is both black and white.

I say our thoughts were naïve because honestly, looking back, they were. Fast forward to today and we have two boys and a girl all in school now. And as young as preschool, my kids have had their skin color pointed out to them. My daughter has beautiful curly hair and in preschool, I saw more adults reach out and touch her hair than any other child in that classroom. Now benefit of the doubt, it is beautifully coiled and springs back in a fun, bouncy way. But it bothered me as I noticed more people touching her hair than any other lighter skinned children. You may think, Wow, Lieza. You’re being a bit sensitive about that – aren’t you?

And my former self would have agreed with you. But I’ve since read many, many books and watched movies about what exactly my husband’s family and my friends’ families have been through. (“Sadly there are historical accounts of people of African descent being put on display at zoo’s because of people’s fascination with their looks.” Forbes article)

It also begs the question, how many white people have gone up to other white people and asked to touch their hair? We don’t because we assume it’s the same as our own – so why do we feel the need to do the same to someone whose hair is different than our own?

There are countless other stories I could share with you about things impacting my family and children: my husband being told he “speaks well” for being black, being told that my own children couldn’t be mine because they don’t “look like me”, etc.

But rather than focus on the well-intentioned, ignorant comments of what’s happened, I want to focus on why skin color matters. It matters because it’s beautiful to have differences. My children have the most gorgeous, mocha colored skin and two of them have chocolate cake colored eyes with my middle having sky gray ones. And each and every nuance of their hair, eyelashes, skin color, eye color, body shape, toe curl shape makes them beautiful. As a mama, you know that to be true about your amazing kids too. You know when they’re sleeping (and quiet!) you can just watch them forever and see the beauty in their faces. Our kids are beautiful to us, no matter what.

And here are three main points I want to make as I wrap up about why skin color matters:

a) people of color don’t have the option to not talk to their kids about skin color. This past year has brought to light for (hopefully) many to see the injustice of the system our country is built on. My in-laws had to talk with my husband about his skin color to ensure the safety of his life. And as much as my younger self had hoped the world had changed by now, we’ve had to have similar talks with our oldest to ensure the same. (This is honestly what breaks my heart the most, friends. That our brothers and sisters have to be so careful day in and day out simply because of how they look. Their safety and the safety of those they love is constantly at stake – to even go to the grocery store for crying out loud. And those of us with the light skin tone don’t ever have to give it a second thought.)

b) it’s also important because it’s what makes up people’s culture and self identity. Kids are constantly comparing themselves to others and it’s important that while skin tone shouldn’t matter, kids are going to talk about it and point out differences around them. My kids are reminded of it or have it pointed out to them frequently, especially when my husband or I visit their school and other kids are trying to make sense of how their parents are two different colors. They’re certainly not being mean, just curious, but the observation is there and spoken out loud.

And it’s important to know it is a privilege of being white, that we don’t have our skin tone pointed out to us all the time wherever we go.

c) God’s kingdom is full of every color and race and language, so it clearly matters to Him that each of His children see how uniquely beautiful they are. And the physical traits they have are intentionally created for His purpose in their life, not a byproduct of sinful nature or just being here on earth. John tells us that in Revelation 7:9 he sees, “…behold, a great multitude that no one could number, from every nation, from all tribes and peoples and languages, standing before the throne and before the Lamb, clothed in white robes, with palm branches in their hands,” In the end, our skin color, our languages, our communities still exist to worship Him in all of His glory. And whatever matters to the Father, matters to me. Whatever and whomever He loves, I love. And I know He loves his brown-skinned babies just as much as His white-skinned babies – “we are all precious in His sight.”

To learn more, here is a list of some excellent resources to better understand our black brothers and sisters: https://docs.google.com/document/d/1BRlF2_zhNe86SGgHa6-VlBO-QgirITwCTugSfKie5Fs/preview?fbclid=IwAR0y0whNLmKn5eOR0NeWz5A2DDPIspfATTyBa_CBz8rPPKAF8u0EBuU-vck&pru=AAABcn_seZQ*tpytJAOJINsOPqFuTmjGig

And two of my favorite books that I highly recommend are: White Awake by Daniel Hill and White Fragility by Robin DiAngelo