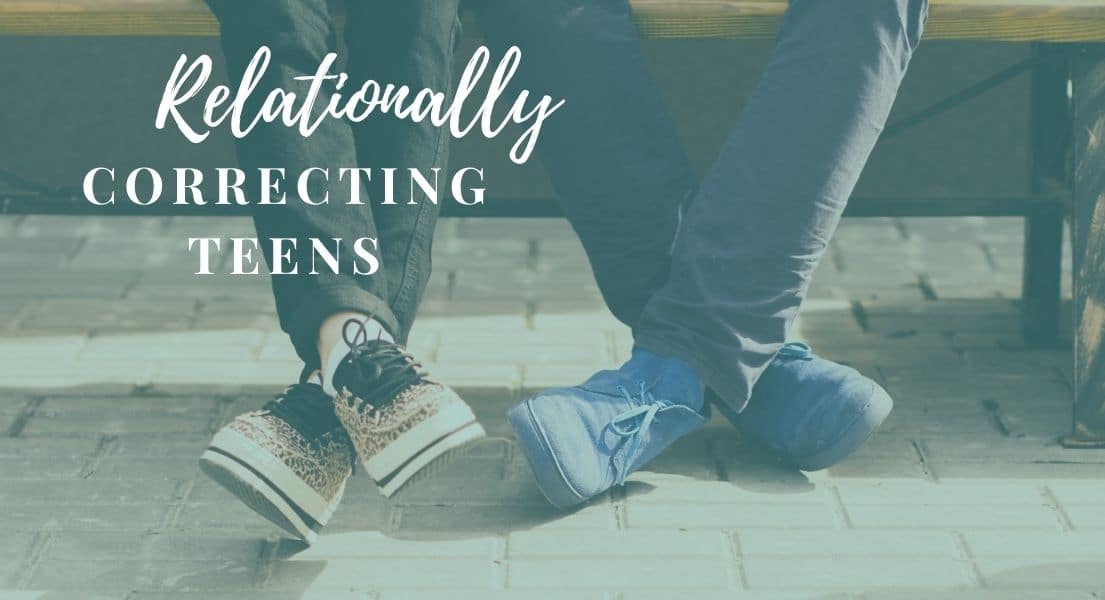 Correcting our children as we guide and direct them in life is a necessary part of our job as parents, but it is not always the most enjoyable part.

Recently one of our teens needed some firm correction. This kiddo was not making wise choices in regard to their time. (I will keep this vague to honor their anonymity). They had some habits in place that weren’t healthy for the present, nor would these habits set them up for success in the future. We had also let the issue slide for too long, which had made the problem worse. The situation needed to be addressed and major changes needed to happen.

When it comes to correction, most parents lean toward one of two categories. Sometimes we avoid correction or are way too lax for one reason or another. When we do this though, we miss the chance to connect with our child and lovingly walk with them through their mistakes. We also set our child up for future pain, relying on the world alone to teach them that there are always consequences to our poor decisions. On the other hand, we might tend to crack down harshly so they will just behave the way we want them to. Not only does this damage our relationship, but here we fail to see our child and the feelings that might be driving the behavior in the first place. Both of these solutions are problematic and non-relational.

In the situation with our teen, we veered toward both unhealthy patterns along the way. But we also spent a lot of time talking, praying, and seeking some counsel on how to lovingly, yet firmly get them back on track, and we finally found our way forward. Now this example is a bit more extreme than most corrective moments with our kids. It is also more complex than I am able to explain in this post, but I am going to outline how we have been walking it out in hope that some pieces might be helpful for fellow parents. I should also mention that the situation felt overwhelming for all of us. So we tried to model staying relational and non-anxious, letting our teen know we were with them through this and together we would work it out.

No child likes correction, but as young adults, our teenagers are coming into their own and sometimes resent correction and parental discipline. Most teens want the freedom to do what they want and to make their own decisions. And truth be told, the teen years are a time where, as parents, we need to begin giving our children more freedom to make choices and mistakes. Yet, we shouldn’t relinquish our roles in their lives too quickly. They still need boundaries and consequences that will help set them up for success as they prepare to live on their own in the real world.