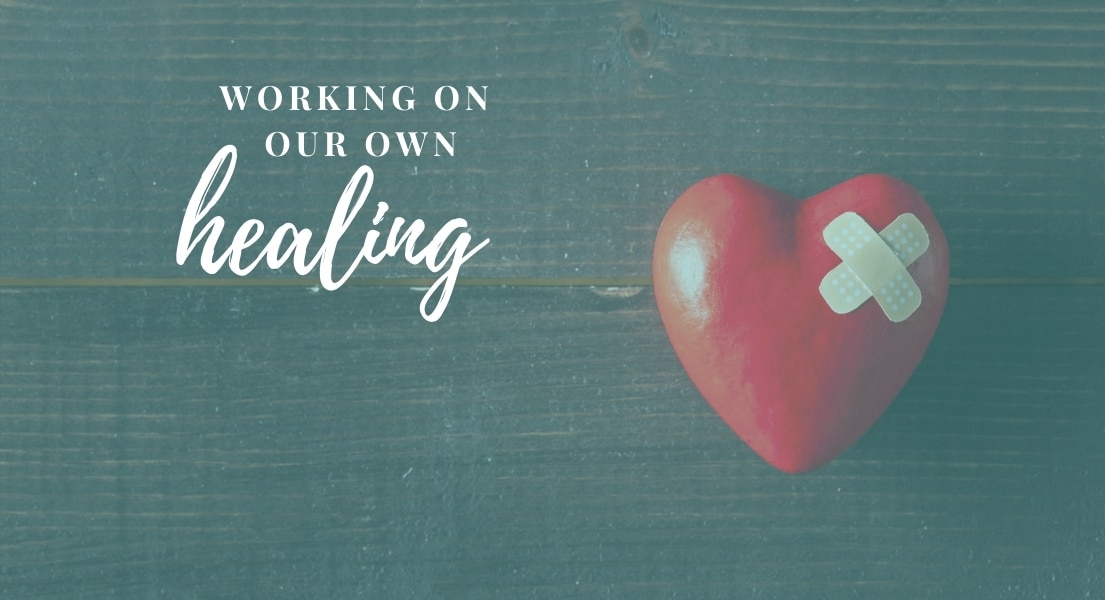 This has been a big year, for all of us. It’s been an interesting season in our household as my husband was furloughed the majority of the year, and I stepped into some work that helped our financial stability. However, the craziness of what’s happening in the world and even in our home, has not been the biggest wave to capsize me. It’s been the stuff coming up from the inside.

Jesus is using this year to purge – and I do mean purge – so many lies and poisonous thoughts from me. And I’m sure you know if you’ve been through any healing process, that it hurts. And it has been extremely difficult. But, the beauty of it is, I am seeing small glimpses of healing and health. It’s much like a fitness regime (which I’ve also taken on in this season too, by the way. I know, I’m insane), where you may have to be patient to see the small fruits of your efforts.

Yesterday, I’d had a particularly intense session with my therapist, where she led me into an Immanuel Prayer time with Jesus and He brought out some big things. I want to be mindful here that I will be sharing some vulnerable things, but I also want to protect you from intensity and overwhelm. So, I may be a bit vague and that’s not to hide anything – that’s just to make sure I don’t send anyone down spiraling.

There’s a particular family member in my life that I am working on seeing the way that Jesus sees them. This is a person that I love dearly, but am also afraid of, because it can be triggering and overwhelming to be around them. (What I’m describing is called a disorganized attachment, and you can learn more about it in the book: Transforming Fellowship. Jen also touches on it in this blog post.)

My time with Jesus started with Him hugging me, but as I was leaning into his hug, I could see a large storm cloud in the distance with this person inside of it as a silhouette. I then realized that I was trembling, both from fear of the storm cloud and its intensity, but also the person inside. Jesus took my face into his hands and had me look at him instead of the storm and I felt both my breathing and my body calming down.

He then invited me to approach the storm, with him, and we walked hand in hand towards it. I still felt anxiety in my body, but it wasn’t the same intensity as the fear had been. When we reached the edge of the storm, he invited me to go into it with him to bring my beloved family member out. I declined and he grinned and said, “That’s okay.” He went in and as he walked towards them, the storm rolled back and eventually disappeared.

Now it was just the three of us, with me and him still at a distance. This person was standing there and almost like a glitching hologram, was phasing between the beautiful person God had created them to be and then a curled up version of themselves on the ground. We weren’t interacting with them at all, but just simply watching. He invited me to remember this as the way he sees this person – both as their true selves and the broken version that is in pain. He said to me, “Pain does not mean something is permanently broken. Pain and death are only for a season – eventually they will be gone forever.”

This brought me to tears because one of my greatest fears had been to cause someone I love pain, and also to receive pain from them. The lie I was believing was, the relationship between us was broken for good if we caused one another pain. And Jesus showed me that when pain shows up, it is hard and scary, but only temporary and does not have the final word.

As I sat down to write this blog, I honestly thought I was going to be talking about repairing a rift with my kids, or the amount of noise that overwhelmed our house this past weekend. (We watched our friends’ 4 children, giving us a total of 7 kids in our home.) But when I asked Jesus, He simply said, “Share your story.”

I invite you, beloved one, to walk with Jesus on your path of healing. You don’t have to even look at the storm without Him (in fact, I’d recommend not trying to do that.) He will draw close to you and help you see that your pain is, in fact, your story to share.